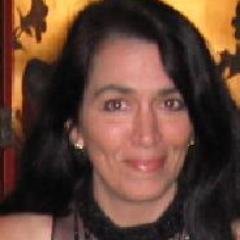 Valorie Lord grew up in Columbia, South Carolina, and on a family vacation to Myrtle Beach when she was 10 or 11, she joined a crowd gathered around a huge, almost flat creature at least 20 feet across that had washed up onto the sand - somethng she'd never imagined existed. When she asked what it was, someone called it a Manta Ray, a name that didn't seem nearly grand enough for such a magnificent being.

To think that this incredible animal had been swimming under the waves as freely as birds soared through the sky was mind-boggling. What else was out there that she didn't know about?

That question led Valorie to become a scuba diver, and every dive served to increase her awe and respect for the ocean, its myriad marvelous creatures, and anyone involved in its research and preservation. When asked who her heroes are she'll likely mention Sylvia A. Earle and Jacques Cousteau.

She and her husband Pauli enjoyed living in Finland for a dozen years before returning to the U.S., where they now reside with their two cats, Kisu and Misu. She still loves the ocean of course, and she still wonders... what else is out there, hidden under the waves?